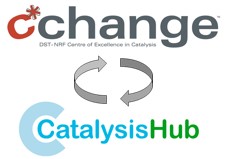 Collaborative meeting between c*change and the UK Catalysis Hub

On the 16th and 17th of May 2016 a delegation of 10 c*change researchers representing all three scientific programmes, RSA Olefins, Paraffin Activation and Synthesis Gas, met on invitation of Profs Richard Catlow FRS and Graham Hutchings FRS of the UK Catalysis Hub with catalysis researchers from around the United Kingdom at the Royal Society in London. Besides presenting current research the main goal of the meeting was to strengthen existing and to initiate new SA-UK networks. Several areas of potential collaboration and funding opportunities were identified. A memorandum of understanding will be drafted and signed between the two centers in the near future 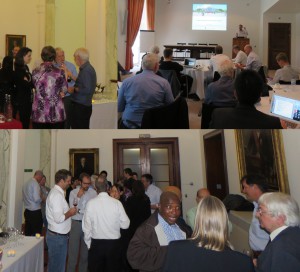 c*change is excited about the number of possible interactions with UK based researchers and is looking forward to the scientific and social benefit of these interactions for the whole Centre.