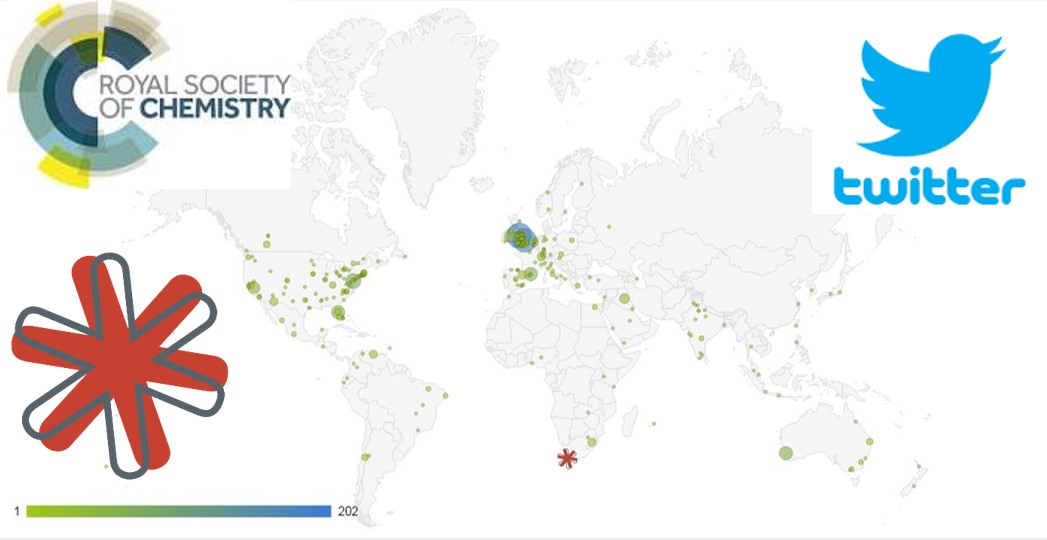 The Synthesis Gas Programme of c*change participated on the 20th of March in the third Royal Society of Chemistry twitter poster conference. Under the hashtag #RSCPoster researchers from around the world were invited to upload their contributions and discuss their research with participants around the globe via social media. After 24 hours a total of 1523 posters were uploaded and viewed by and audience of 2.61 million generating a total of 9.93 million impressions. 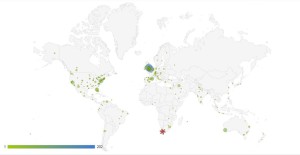 Global map of contributions to #RSCPoster 2017.