The UCT students Anna Petersen and Moritz Wolf (both c*change students in the Syngas programme) recently gave presentations at international conferences. While Anna showcased her work at the 11th Natural Gas Conversion Symposium in Tromsø, Norway, in form of an oral, Moritz presented two posters at the 16th International Congress on Catalysis in Beijing, China. Both students were supported in attending the respective conferences through the Student Travel Grant of the Catalysis Society of South Africa. 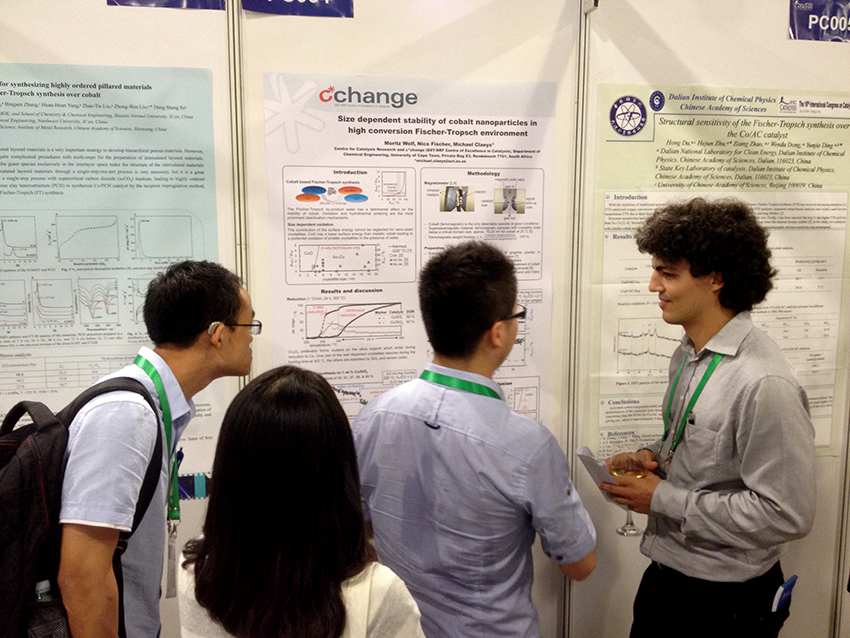 Moritz interacting with fellow researchers at the poster presentation.