The Department of Science and Technology/National Research Foundation Centre of Excellence in Catalysis Research, c*change, is hosted by the Catalysis Institute in the Department of Chemical Engineering at the University of Cape Town. As a virtual Centre it comprises a network of 10 higher education institutions nationwide. Its academics and researchers concentrate on three specific key research areas of highest interest to the South African economy and society – synthesis gas conversion, paraffin activation and value addition to unique olefinic feedstocks.

Catalysis itself is about chemical transformation, the agents which cause it, the science underlying it, and the engineering of processes to practice it on an industrial scale. c*change, however, is about more than Science, Engineering and Technology development in catalysis. Although, fundamentally about excellence, it is also about a new and different approach to academic scientific practice in South Africa and, inter-alia, about a transformation of the body of South African researchers in terms of the age, gender and cultural profile of the country.

Currently the Centre comprises a team of around 50-60 postgraduate students (more than half of whom are female and black), over 15 postdoctoral researchers, and some 26 academics from 14 research groups. Besides local academic and industrial partners, c*change has also set up several scientific networks and collaborations with institutions in the UK, the Netherlands, China and Germany.

Based in South Africa it is important to the Centre to be engaged not only with the scientific community but also with the society at large and to identify possibilities to contribute beyond its research endeavors. To this end c*change has developed resource materials for high school physical science teachers throughout South Africa aligned with the new Further Education and Training school syllabus and held associated workshops for teachers. The ongoing Science Engagement project aims at identifying further interaction possibilities for the Centre. 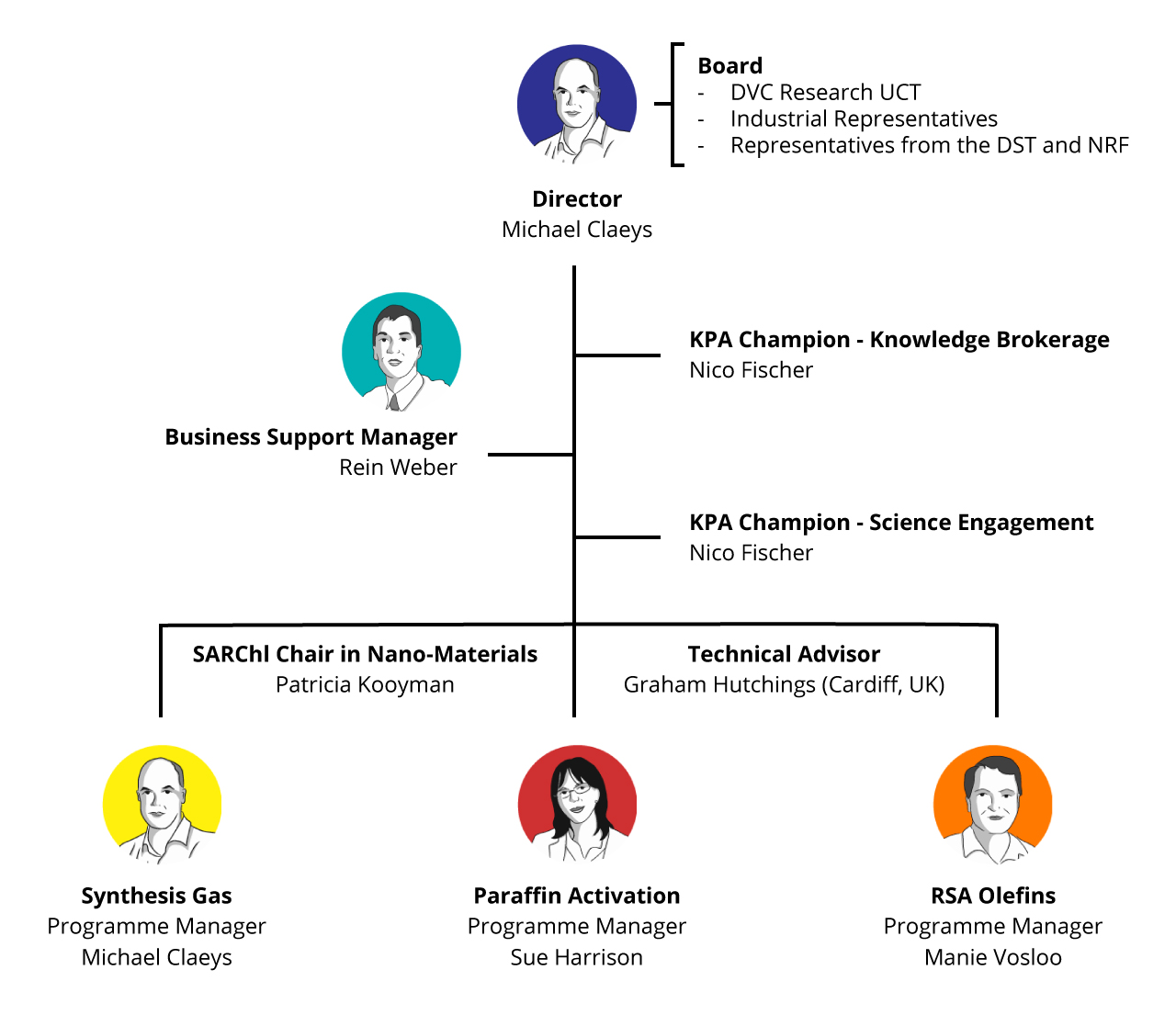